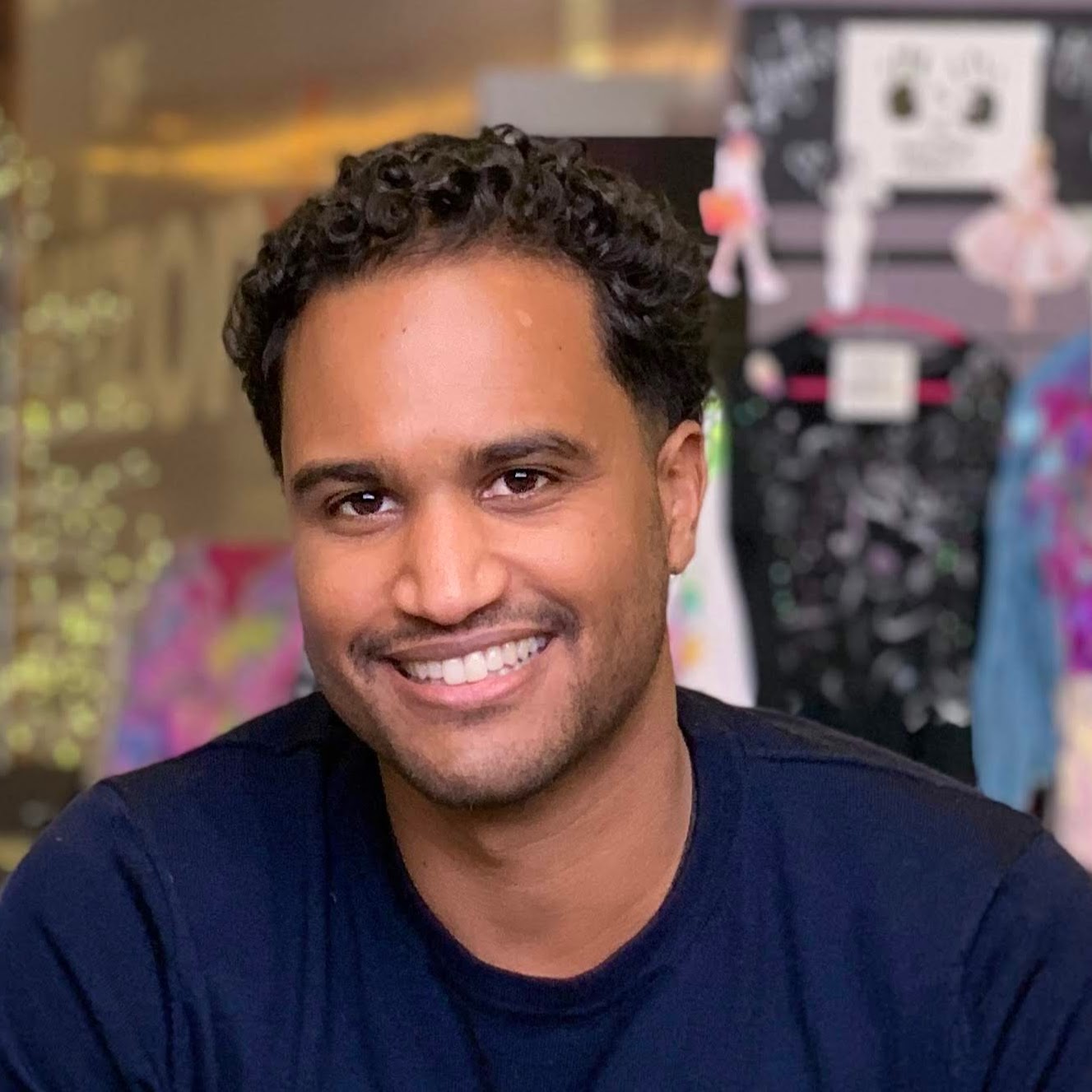 “You can be really good at what you do. But just because you build it doesn't mean they'll come. You need an expert like Billy to show you what path to take to get your stuff out there so people actually see it.”

A master in the art of 3D printing on Fusion 360 software, Vladimir Mariano has been sharing his expertise online since 2016. He’s cofounder and president of the Fairfield Makers’ Guild and founder of the Connecticut Robotics Academy. A popular instructor, he understands how to fuse the fields of art and technology. He also teaches at local libraries and schools and is dedicated to helping others bring their ideas to life.‍
‍

“I made the decision to use my own platform but wondered, how do I market this? You're trying to figure it out, but it's taking time from creating your content. You realize you can't do everything. You've got to hire someone to help.”

Vladimir left his city government job to focus on making a living doing something he loved.
‍
He knew he'd struck a chord when his first 3D design course became a bestseller in its category on Udemy.com, the world’s largest online course website.
‍
Racking up over 3,000 students and a steady stream of rave reviews was exciting, but the restrictions of the Udemy platform were frustrating.
‍
Udemy controlled the cost of his course, plus they took a hefty slice of the revenue pie. The amount of promotion was also determined by the site's strict rules.
‍
Ready to control the profits and promotion for his courses, he decided it was time to launch his own website.
‍
Vladimir knew there was a growing, passionate community of 3D devotees outside Udemy, but he struggled to reach them.
‍
The email marketing software overwhelmed him. His Facebook ads failed. His efforts were essentially guesswork and took precious time away from creating content. The process was taxing and time-consuming.
‍
With no roadmap, Vladimir realized he needed guidance from a pro.
‍
Searching Teachable, a service for course creators building online schools, Vladimir found Billy Broas. A Teachable Expert, Billy was a highly recommended provider of marketing services. Vladimir was immediately impressed with Billy from their first call.
‍
He was sold on Billy's MBA and success with his own beer brewing courses. They connected over the mutual DIY nature of their classes.
‍
Vladimir was convinced Billy's expertise would be the fuel to lift his new platform off the ground.
‍

“It wasn’t just strategy, but a whole mindset shift I had to learn. Billy helps by clearing away the noise and looking at what's going to move the needle forward and ensure you're actually selling courses.”

Vladimir had a general idea of directions he could take with his site, but quickly recognized Billy had a better plan. Billy’s method would save time and allow him to begin laying the foundation for a real business.
‍
They focused on creating a new offer that 3D printing enthusiasts would really want to buy.
‍
First, Billy helped Vladimir zero in on the specific type of student he should target. They wanted to attract people seeking a premium experience and ready to pay a premium price for it.
‍
Billy then guided Vladimir on how to adjust his content to connect with them.
‍
This shift let Vladimir make the most of his messaging to his followers. He was able to create a simple email sequence and attract potential students through videos.
‍
Billy explained that their marketing plan didn’t need fancy bells and whistles to be effective. They simply needed to get the details of his course out to his audience and prove people would buy it.
‍
They prepared a bare bones launch to get the course up and running quickly with minimal effort.
‍
A small launch lessened the pressure and gave Vladimir more peace of mind. He could test the waters of his platform and discover what its potential might be.
‍
Vladimir’s biggest fear was setting the price at $200. Used to Udemy's $10 classes, he worried if people would be willing to pay so much more for his personalized instruction.
‍
Despite his concerns, he took the leap and set a modest launch goal hoping for at least 5 enrollments.
‍

Vladimir watched the registration doors open and waited with anticipation.
‍
He soon saw his first sale come in...then another...and another.
‍
Each new sign-up was as thrilling as experiencing his first sales on Udemy years before.
‍
He easily surpassed his target of 5, and the numbers continued to rise.
‍
By the time registration for his first launch closed, Vladimir had tripled his enrollment goal. He’d landed 17 students, each happily paying $200 for Desktop Makes debut class!
‍
And this time, it was on his own terms.
‍
His results exceeded his expectations and quashed any lingering doubts he had about branching out on his own.
‍
Vladimir knew his course offered tremendous value. To see so many sign up meant they believed it was valuable too.
‍
This validation was rewarding on a personal level and allowed him to dream bigger. If a small launch using just a few of Billy’s marketing tools could be this successful, he could only imagine the potential of a bigger launch.
‍
Vladimir’s success with Billy has given him confidence and a clear-cut path to travel.
‍
With his students getting great results, Vladimir can trust he’s created a sustainable platform that will continue to grow.

“We course creators are good at what we do, but the marketing aspect is foreign. You need someone who can tell you how to tackle Facebook ads and email marketing, but who also understands the timeless marketing principles. Having all those things aligned in one person like Billy is priceless.”
‍