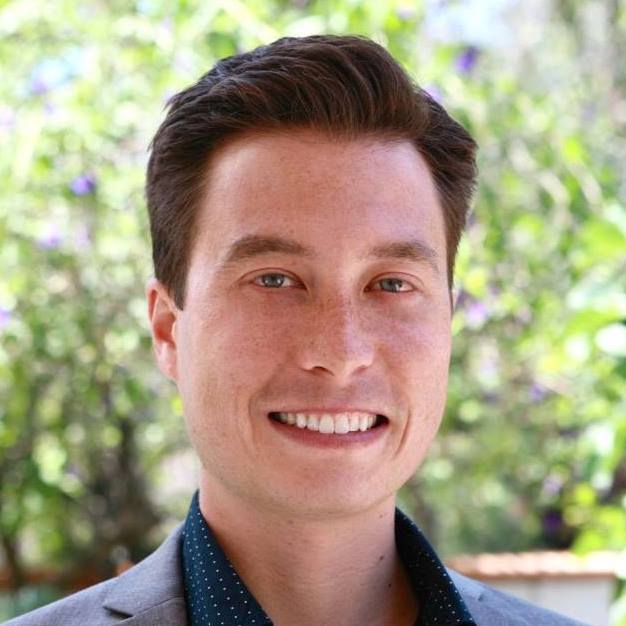 Tiago had a great online course but was struggling to make sales. He needed to reach more people but didn’t have time or money to invest in marketing.

He discovered a simple system to build his audience and sell his course without being salesy. All it took was a few small tweaks to things he was already doing.

“I was working insane hours...”

Tiago Forte teaches people how to be extremely productive using technology.
‍
He created an online course that gets phenomenal results. But despite having a great product, Tiago’s business was struggling.
‍
Tiago was a solo-entrepreneur. So he was stuck doing everything himself. He’d wake up Monday morning to a flood of emails. And he had to stick by his computer days, nights, and weekends to keep the business going.
‍
He needed more revenue so he could hire a team and free up his time. And he wanted to reach more people because he knew his product could transform lives. But he was so trapped in running his business that he didn’t have time to grow it. As he says:
‍
“I couldn’t step away [from my business]. I couldn’t take time off. I worked all weekends even into the evenings. I was the bottleneck and had to be on call to keep things moving. It was the worst feeling ever…

It’s like being in a meat grinder, and you can’t step out because you’ll lose everything. But you don’t want to stay in because it’s like you’re being grinded. It was awful.”
‍
Tiago shares the struggles he had in his business.

“I didn’t have the skills to get to the next level...”

Tiago had taught productivity for six years. In that time, he gained just 6,000 email subscribers. And he earned enough to pay the bills but not much more.
‍
He realized that to get to the next level, he needed better marketing. But he didn’t have the time or money to invest in it. So he continually missed out on opportunities to grow.
‍
For example, he would hear about the importance of things like an email welcome sequence. But he didn’t know how to do it and didn’t have time to learn. So he never created one.
‍
Then, Tiago got an email from Billy Broas.
‍
Billy had taken Tiago’s program and liked it. He also happened to be a marketing coach. Billy had built and sold his own online business and now helped course creators grow their businesses.
‍
Billy offered to help Tiago, and Tiago agreed.‍
“The internet is filled with people giving advice... Billy is someone who is doing it, who has done it, and who has helped so many other people.”
‍
Tiago shares why he started to work with Billy.

The first thing Billy did was have Tiago go through Billy's email marketing coaching program. With this, Tiago discovered how to build a relationship with his audience and sell to them.

One of the key lessons Tiago learned from Billy was to “sell every click.” This isn’t about being “salesy”. It’s about having empathy. It’s about understanding your readers and giving them compelling reasons to open your emails, click your links, and buy your programs.

Tiago learned to do this by telling stories that entertained his audience and taught them about productivity. These emails took just 15 minutes to write. But they made an immediate impact. His audience became more engaged and started to buy from him more.

Even Tiago’s wife, who knew his material as well as anyone, said she now liked his emails and found them helpful.
“Powerful copy is deeply empathetic… [It’s about] seeing the world from the other person’s point of view…

It’s not about selling or marketing; it’s about empathy.”
‍
Tiago explains how he learned to rapidly grow his business through email.

Tiago got so much value from Billy’s email coaching he hired Billy to coach him one-on-one.

Billy helped Tiago focus on the small, simple changes that would have the biggest impact on his business.

For example, rather than implementing some complex marketing system, Billy helped Tiago make simple tweaks, like putting subscription forms at the bottom of every blog, creating more enticing lead magnets, and improving the calls-to-action on various web pages.

With these and other small changes, Tiago’s list growth exploded.‍
“It took me 6 years to get 6,000 subscribers. Working with Billy, we increased it to 18,000 subscribers in 9 months. We tripled what I accomplished in 6 years.”
‍

Tiago’s list growth since working with Billy
‍
Tiago shares how he got 12,000 subscribers in 9 months.

Tiago’s audience grew exponentially. But he still needed a way to turn those subscribers into customers.
‍
Tiago used to think that if he gave valuable information away for free, people would eventually buy his product. But he had done that for six years, and it wasn’t working.
‍
Then Billy showed Tiago a new strategy. He introduced Tiago to the “Chain of Beliefs” -- which is a list of all the beliefs your audience needs to have to buy from you. And he showed Tiago how to trigger those beliefs through his emails and marketing.
‍
For example, Billy showed Tiago how to weave the Chain of Beliefs into an email welcome sequence. These emails gave helpful information about productivity and at the same time moved the reader closer to the sale.
‍
Using this sequence, Tiago’s sales exploded.‍
“The welcome series sells like crazy... It’s not “here’s the thing I’m pitching.” Instead, we give them up-front value and at the end... it mentions the product.”

Tiago shares how he learned to sell using the “Chain of Beliefs.”

Over six years, Tiago had launched his course 9 times. Each time, sales increased by 10-15%.

But this time, Tiago applied the “Chain of beliefs” and other lessons he got from Billy. And the results were staggering.

Before this, Tiago’s biggest launch brought in 180 customers. Using what he learned from Billy, he brought in over 800 customers.

Tiago made that many sales even after he doubled the price of his course. So he more than 8X’d his revenue and earned $350,000.

What’s even more exciting is that Tiago only used a fraction of the techniques Billy taught. So he’s confident that the next launch will be even bigger.‍
“The content of my course hasn’t changed. What changed is the system I created to find customers, educate them, frame the offer, speak to their needs, and construct an offer that is impossible to refuse…

This is the first launch I used most of what Billy taught me… I’m excited for the next [launch] because we could double that again easily.”
‍

All this revenue helped Tiago finally build the business he always wanted.
‍
He was able to give away 70 scholarships to his course. So he’s able to help people who genuinely couldn’t afford his program.
‍
Tiago also hired a team. At first, he was hesitant to do this. But his team has become one of his favorite parts of his business. He loves seeing their faces on their weekly calls. And they handle the day-to-day work so Tiago can focus on the tasks he enjoys and grow the business.
‍
And Tiago is no longer a slave to his business. He works 10 hours a week less than he used to and takes nights and weekends off. He even has the flexibility to spend more time with the people he cares about.
“I have more free time. I have more hobbies. I exercise and travel more. I spend more time with friends and family...
‍
I can spend Saturday morning reading in the hammock in the backyard instead of waking up to customer service emails hearing about some typo on my blog.”
‍ 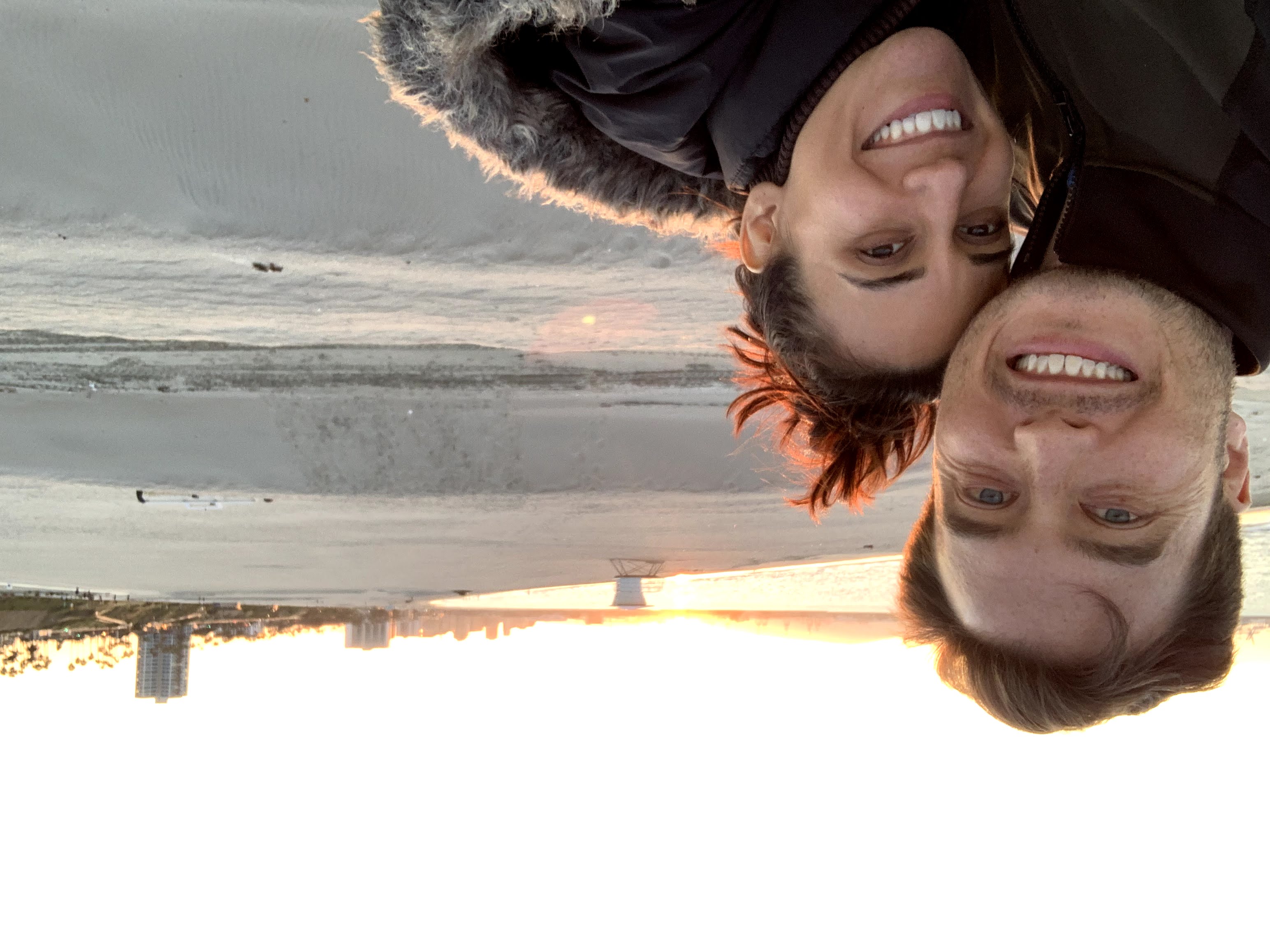 Tiago with his wife.

Tiago shares how much his business and life have improved.

When Tiago wrote his book proposal, he applied the copywriting lessons he learned from Billy. He used empathy and focused on things the editors and publishers cared about.This led to a bidding war. Almost all the major publishers wanted Tiago’s book. When the dust settled, Tiago had a 6-figure book deal.
“[For the book proposal] I put myself in the mindset of the person I’m selling to... Four of the five big publishers bid on it... [the bids] went well into the six-figures, which is hugely successful for a first-time author.”
‍ 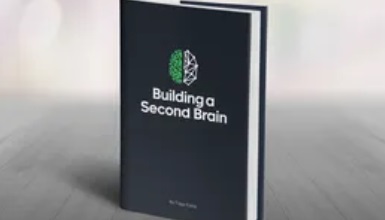 Tiago shares how he got a 6-figure book deal

Aside from the staggering growth, working with Billy has given Tiago peace of mind.

Tiago no longer feels like he’s “missing out” on marketing opportunities. He now has Billy to keep him focused on the things they know work. So Tiago continues to move forward with confidence.
“Working with Billy has returned 10X easily, probably more in terms of dollars. And that doesn’t even include quality of life and peace of mind... [Working with Billy] is a no-brainer thing to do.”
‍
Tiago shares his thoughts on working with Billy.